Vietnam, officially known as the Soviet Republic of Vietnam, is the 14th most populous country in the world, with a population of just over 94 million as of July 2015. Its capital city has been Hanoi, ever since the unification of North and South Vietnam in 1975. It is located in Southeast Asia and has many neighbors sharing its borders with China in the north, Laos in the northwest, Cambodia in the southwest, and Malaysia in the southeast.

Vietnam’s history is that of wars. China tried to occupy it no less than four times, but they always managed to push out any foreign intruders. However, fighting within the country, which was between North Vietnam and South Vietnam resulted in what became the Vietnam War, one of the most brutal wars in history that resulted in the death of some 3 million Vietnamese people and over 55 thousand American soldiers.

Such warfare made it very demanding for Vietnam to reconstruct its economic position. However, with a cautious and stringent policing, Vietnam records nearly 10% growth each year. At present, the country sees somewhere around 3.3 million tourists every year. Buddhism is the most favored religion in the country as nearly 85% of all people practice it, followed by Catholicism. One can find an influence of Chinese cultures in this country due to many invasions in history.

Vietnam is much more than a war. Its beautiful landscapes are a treat to the eyes. The food is fresh and exquisite. With an abundance of fresh vegetables, herbs, and seafood, the country has a lot to offer. One should always try their national dish, which is Pho, a broth soup consisting of beef/chicken along with rice noodles. The rice spring rolls filled with shrimps, beef, etc. are heavenly as well. The most common food ingredients include fish sauce, shrimp paste, soy sauce, rice, fruits and vegetables, and fresh herbs. In traditional Vietnamese cooking, oil is scarcely used and most of the importance is given on freshness of vegetables and herbs and ingredients. This makes it one of the healthiest cuisines in the world.

Let’s have a look at some of the magnificent landscapes and food photographs of Vietnam. Perhaps some will entice you enough to travel to this incredible land.

It’s so beautiful indeed. We hope you love the scenic beauty and fresh food as much as we did. If you have traveled to this amazing country, then do let us know your experiences via the comment section below. We would surely love to read

Also do not forget to share these photographs with your family and friends, using the Facebook and Twitter buttons below. Have a fantastic time and stay blessed. 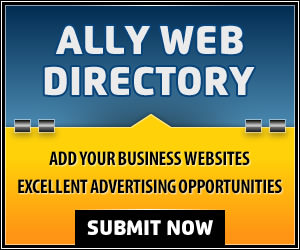